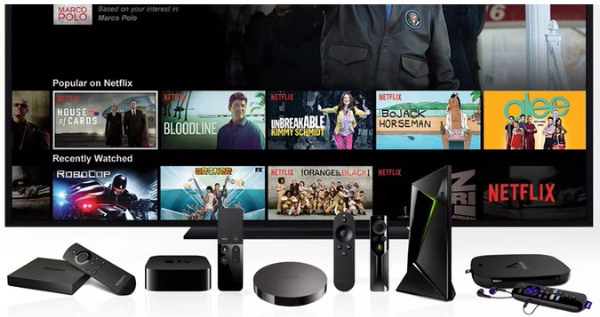 If You Want More TV ?

In conjunction with an antenna, if you have a broadband internet connection, you can get even more programming directly on your TV with an Internet TV Box like the RoKu Box, GoogleTV box and Apple TV box. Many new Blu Ray DVD players, Wii Boxes, X-Boxes and even TV's have internet boxes built into them. We like the top rated RoKu Box. With an $9 a month NetFlix or Hulu subscription, you will have more TV shows and movies than you can watch. The worst thing is deciding what you want to watch. These boxes also receive many other internet channels and even some will do YouTube. Or, if you enjoy computers, you can connect your laptop or a desktop to your TV for an awesome "cable box". You will be surprised what TV programming you can stream off the net nowadays.  And you can even Jail Break an Apple TV to open more even more TV than you can watch.

What Is Internet or Streaming TV?

Internet TV is what its name implies, watching TV streaming from the internet by way of an internet TV box or Smart TV that allows the streaming TV to be viewed on your regular HDTV-TV. IPTV (internet protocol television) TV programming is delivered via a broadband connection. Which is probably the future of television as bandwidth increases. Internet TV is catching on big. The college crowd is already up on watching TV on-line. TV is more on-demand with internet TV you watch the shows, movies when you want, you don't have to watch what's on now.  Most networks and cable channels have their shows available to stream (check the channel's website), albeit it may not be the current program airing now they may soon stream after a lag period. Most network TV shows are streamed very shortly after they air, if not the next day. For instance, if you like cable TV shows like The National Geographic Channel, HGTV, Sifi etc., they stream many of their shows now,  as do the major TV networks.  So, you really aren't missing anything, just viewing it a bit later than air time.  PBS streams.

How Do I Get Internet & Streaming TV?

To receive and view streaming internet TV on your regular TV or HDTV, you will need a broadband internet connection of at least 3.0 Mbps or above, higher is better, no dial up here. It is also desirable to have a wireless router for your internet connection, as these internet boxes work via your wireless connection. This makes it very easy because you don't have to run any wires from your router to the internet box next to your TV. Top rated and best RoKu (www.roku.com) HD box will run about $49 to $99 for an HD box. Many devices have built-in internet TV like Blu-Ray DVD players, Wii-Game Boxes, X-Box 360, PS3 and even many newer SMART TV's have internet TV and apps built in so you may already have one. (www.apple.com/appletv) but your stuck with I-Tunes, and limited content for now, but Apple TV is investing in Apple TV so it's better now.  If you're a real TV videophile, you can add a dedicated computer to your HDTV via an HDMI, DVI or other cable. You'll have a big computer monitor for surfing the net from the sofa or easy chair, don't forget the wireless mouse/keyboard. See the device list below.

What Can I Watch With Streaming TV?

There are thousands of channels with video content available from the channel store on the #1 rated  RoKu Box, Similar channels are available on the other brand boxes.

Netflix  and Hulu and Amazon Prime TV have thousands of movies and TV shows to stream. Most internet TV channels are FREE but ad supported. Some channels may charge a small monthly/yearly fee, you will have to determine if it is worth it for that channel or not. Try Hulu out on your computer to see what it's all about watch TV shows for Free. There are many more sites for TV and Movies. YouTube is also a must.

Turn Any TV Into A Smart TV

Through apps, Apple TV gives you access to the most riveting entertainment content. Apps like Netflix, Hulu, and iTunes have full catalogs of hit movies and TV shows. HBO NOW and SHOWTIME bring you Hollywood blockbusters and binge-worthy original series. You'll also find your favorite college and professional sports.  While it's a step behind the Roku and less cutting-edge the new Apple TV is nice. 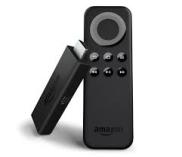 The Amazon Fire TV is a streaming media player, which means it takes content from the Internet and displays it on your TV. The Fire TV comes in two models: the Fire TV, which is a small box (like the Roku 3 and Apple TV) and the Fire TV Stick (like the Chromecast and Roku streaming stick).  Fire TV Stick connects to your TV's HDMI port. It's an easy way to enjoy over 250,000TV episodes and movies on Netflix, Amazon Video, HBO GO, and Hulu, plus games, music, more. 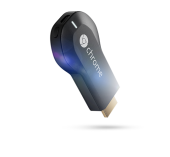 Chromecast is a device that you plug into your TV's HDMI port, powered by a USB cable (included). Using your smartphone or computer as a remote control, you can use Chromecast to access video content from Netflix, YouTube, Hulu Plus, the Google Play Store and other services.  It gets plugged into your HDTV's HDMI port, connected to your home's Wi-Fi network, and acts as a portal for the content on your mobile devices to be cast onto your TV. Using apps on your mobile device or computer, you essentially hand off, or cast, content to the Chromecast. Check for the new model.

There are other streaming boxes available as well as Media Players, Game Consoles, X-Box, Blu-ray players, Android boxes  & devices that can stream from the popular services.  Laptops can also stream video content and can be connected to a TV via HDMI.

A "Smart TV" Has Many Features Of

A "Streaming TV Box" Built In

A 'smart TV' is any TV that has built-in Internet connectivity, allowing it to access a range of online services including video on demand, social networking Netflix, Hulu, Amazon Video and instant messaging and much more. Some TVs even have a fully featured web browser which allows access to most websites.

Sling TV is an over-the-top internet television for streaming boxes. Sling TV starts at just $20 per month. That gets you over 20 Sling TV channels in their “Best of Live TV” package, including ESPN, ESPN2, AMC, TBS, TNT, CNN,  HGTV,  A&E and others. ...  Adult Swim, Disney Channel, and others.and more. 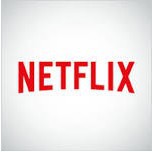 Netflix is an on-demand provider of hundreds of popular television shows and movies that you can stream. "Streaming" means that you can watch the video file for a movie or TV show as it loads, rather than waiting for it to fully download before you can watch it. Plans start a $7.99 a month. 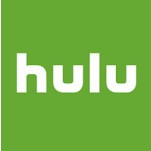 Hulu Plus is a video streaming service: using an Internet connection, it can stream TV shows and movies directly to your device, without the need to purchase them permanently. It is of the major streaming services. Notably, Hulu Plus works with wireless Internet connections, which allows you to stream on-demand shows and movies to your devices.  Cost is $7.99 a month. 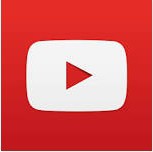 Many people forget about YouTube and the movie, documentaries and TV shows available. YouTube is a free video sharing website that makes it easy to watch online videos. You can even create and upload your own videos to share with others. Originally created in 2005, YouTube is now one of the most popular sites on the Web, with visitors watching around 6 billion hours of video every month. You Tube is free.

Featuring every season and every episode of HBO’s

award-winning  original series, such as Game of Thrones, as

well as the  blockbuster movies, thought-provoking

FREE - Tubi TV delivers premium movies and TV entertainment streaming to you –– all for FREE! With over 40,000 titles from around the world, Tubi TV is the largest provider of free and legal TV shows and movies on the Web, mobile, and Connected TV devices. Watch some of Hollywood's biggest titles, including Oscar winners, and movies.  Roku and other streaming devices.

There are many good & lesser known video streaming apps on devices 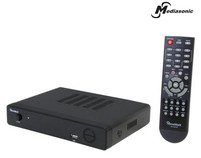 SiliconDust HDHomeRun. FREE broadcast HDTV (2-Tuner). HDHomeRun is a TV tuner for computers – Ethernet attached. Once connected to your home router you can access the HDHomeRun Tuners from Devices anywhere in your home. Watch / Record TV from anywhere you have a computer, Roku or other device. 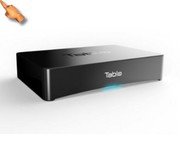 Get a Free Price Quote

For a  Master  Home

above for a quote. 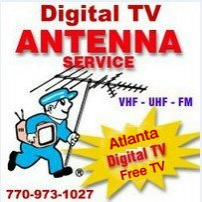 it a try yourself? 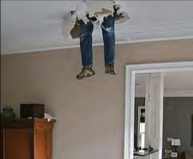 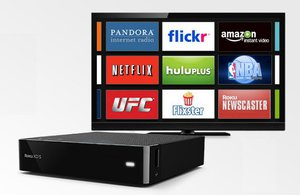 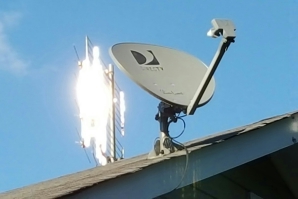 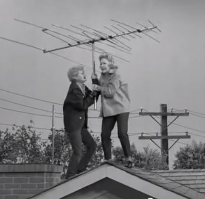 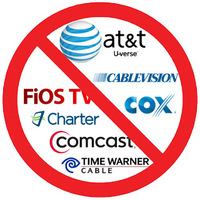